The Last Straw...I just wanted them all to be okay 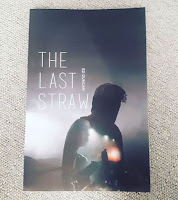 "It was a pleasant morning and all seemed right with the world. The sun shone brightly and there was a gentle breeze. As Rico and Jean strolled down a neighbourhood street, a rubber ball that had gotten away from some kids playing stick ball in the street bounced in front of them. Rico reflexively caught it on the fly and held it for a second before lobbing it back to them. He thought back to a time almost twenty-five years earlier when he had played the same game on the other side of town. Those were halycon times - until they weren't. But the thought passed quickly. Those days were gone and he seldom dwelled on them. Life was different now - more complicated and more dangerous - but not worse. He did what he wanted, came and went as he pleased, and controlled his own destiny. What more could he ask for?"