Blood Moon...The first in the series

Title: Blood Moon Part 1
Author: S Yurvati
ISBN:
Rating: 7/10
Genre: Thriller, mystery, sex, murder, fantasy  adult
Type: Paperback
"Many hours of his day are spent working in the lower regions of this grand home built by his love for me, He seems much pleased with his progress, though he never shares what that progress is and tells me it will be a most delightful surprise set forth for my pleasure. I hear sounds of sawing and hammering and cannot imagine what he is crafting for me.
Still, it is good to see him smile and at least be pleased with his daytime endeavours.
The heat is most uncomfortable today and I asked if he would take leisure for us to stroll along the waterfront and enjoy the southerly breeze. He faltered as though I had asked him to walk through Hell's fire. Vehemently he said to never ask such a thing again, as a riverfront is not a safe place for a female of worth."

Kelsey Butts from Book Publicity Services kindly got in touch with me and asked if I would be interested in reviewing S. Yuvarti's book the Chroma Crossing Chronicles: Book 1, Blood Moon Part 1. I have received a selection of different books from Kelsey including; The Kitty Hawk series by Iain Reading, Sapient by Jerry Kaczmarowski and Dark Sun, Bright Moon by Oliver Sparrow. I was really happy that she had contacted me again about reviewing another book for an author.

My initial impression of the book was it was going to be a little like a fantasy 50 Shades of Grey. This was not the case. I enjoyed the book right from the beginning. It was easy to follow, the characters were well written and I felt for Candy going through her current turmoil following her Dad's death and having to live so close to her stepmother, Cherry Ann, and stepbrother, Todd, both very peculiar people, both people who she wanted nothing to do with. I am by no means deterred in a story by a bit of romance, however, there was one scene in particular in the book which I could not read. 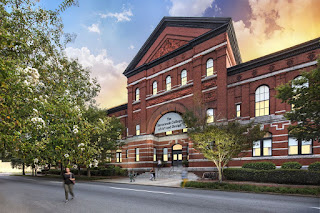 The story is set in Savannah in America, what appears to be a quiet town with a very good Art school which Candy is lucky enough to attend. I found the book interesting and is a good read, it has a great love story for Candy and there is a thrill, there is romance and there is fear at times. I felt this book had every aspect covered. The only thing I did not like is one particular scene with Candy's stepmother and "an acquaintance" of hers. I found myself reading this particular section on an aeroplane on my way home from Berlin and I had to skip the pages. I had to try and hide what I was reading so others on the plane wouldn't know what I was reading. So much that I could not read the specific detail which Yurvati goes into about the relations of Cherry Ann and Mark Kingsley. It has been a very long time since I have had such hatred for a book character. The last time was for Bellatrix Lestrange in the Harry Potter series. I have never hated a character so much. Until now. I was scared of Mark
Kingsley. He was intimidating and threatening and I was anxious every time he was mentioned in the book. It appears that he has a past from a previous century which through a portal he has arrived in the modern day. A portal which he is trying to stop anyone from finding. Before he can leave though he needs to find "his possession", something which Candy's late father has been hiding for Mark. 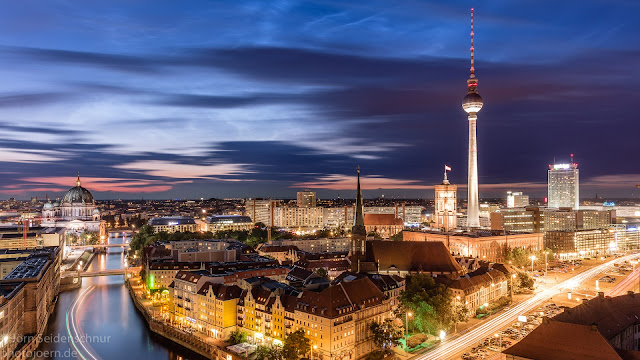 The book is written in chapters from the perspectives of different characters. Candy, Cherry Ann, Mark Kingsley, Candy's close friend Liam, Joe Jameson, occasionally Candy's kitten Coco and finally Thorne. Each chapter tells the story from that character's perspective. When it came to Mark Kingleys' chapters I was not happy. I read the chapters with caution, ready to turn the pages to avoid the detail which Mark goes into of the, in my opinion, awful things he gets up to with Cherry Ann.

I have read this book whilst being off from work over the summer due to the summer holidays. It took me about 10 days to read the whole book and this was during a holiday. The author has written the story well, it leads on from scene to scene well and I was kept engaged throughout the story. However, there is a selection of errors in the story. Mostly grammatical mistakes did stifle the reading a little but it didn't stop me wanting to read more.

Other than one awful scene which I skipped through, I was a little confused as to how long it took for the main context of the blurb to start. The blurb says about how Thorne cannot stop himself from falling for Candy. It took a long time for me to realise this was the same book as what was described in the blurb. I can only assume as this is Part 1, the relationship between Candy and Thorne will continue. There is a cliffhanger and I am unsure of what will happen next. I would be happy to continue reading the story providing Kingsley does not repeat any of his awful perversions.

I did find it interesting that some of the chapters are started, by what I can only describe as pirates? I think they are pirates, from a previous life. I was intrigued to find out who these men were. I had an idea of who they were but I could not guarantee their identity. I would like to find out for definite if they are who I think they are.

Overall I did enjoy the book but I thought Yurvati does go into too much detail at one specific part, when you come to read it you will know which part I mean. I would recommend the first book in the series and I am interested in finding out what happens next.

Rating 7/10
10-Word-Review: Fantasy book about different realms but with a filthy side.

Since finishing Blood Moon I am now reading 365 Days of Happiness by Jacqueline Pirtle and In the Name of Love by Katie Price. I have found reading 365 Days of Happiness has brought me hope and makes me think numerous times a day when I look for some happiness inspiration. I will be posting a review for both books in due course. I return to work tomorrow after 6 great weeks off. Here is to hoping the next school year will be as fun as the previous...Steph xx
at 23:16