"What's that little saukerl up to this time? All that running out there.' Liesel would move to the window, 'At least he hasn't painted himself black again.' 'Well that's something isn't it?' 'Four gold medals,' he said to Liesel one afternoon, when she did laps with him at Hubert Oval. 'Like Jesse Owens back in thirty-six.' 'You're not still obsessed with him, are you?' Rudy's feet rhymed with his breathing. 'Not really, but it would be nice, wouldn't it? It would show all those b******s who said I was crazy. They'd see that I wasn't so stupid after all.' 'But can you really win all four events?' 'They slowed to a stop at the end of the track, and Rudy placed his hands on his hips. 'I have to."

This book has been recommended to me to read for years! However, I never have read it before and I have never seen the film. No one informed me of what I was missing out on. Yes it is a little slow to start with and some of the things Death, the narrator, says are a little confusing and complex but what an amazing book. I absolutely loved it, from the unhealthy interest in WW2 I have, to the love of books which I share with Liesel. Had I have lived in the same times as Liesel then I would have been arguing with her as to who was the person who had open access to a library.

I enjoy the way Zusak uses an inundated amount of historical accuracy in his book. He has used a number of my interests and brought them together in one book! History, WW2 and books. Zusak has created a book which caused me to actually genuinely feel for the characters. This is the first time in a long time where I have wanted the characters to do well in their lives. I have wanted two key characters to realise their love for each other, Liesel and Rudy. I felt for Liesel when she finds out what happens to her family at the end of the story, when you want someone to do well and Death does everything to stop this from happening.

Death, who ironically has a sense of humour, informs us at the beginning of the story that he has three encounters with Liesel during the course of the story. She suffers the death of her brother at the beginning of the story, she experiences a catastrophic event at the end of the story and her own death much later in life. How Liesel was able to cope with what fate befalls her I can never understand. Perhaps due to Liesel's unfortunate past this allows her to handle and cope with the later events of her life. No child should have to experience what she has to go through. 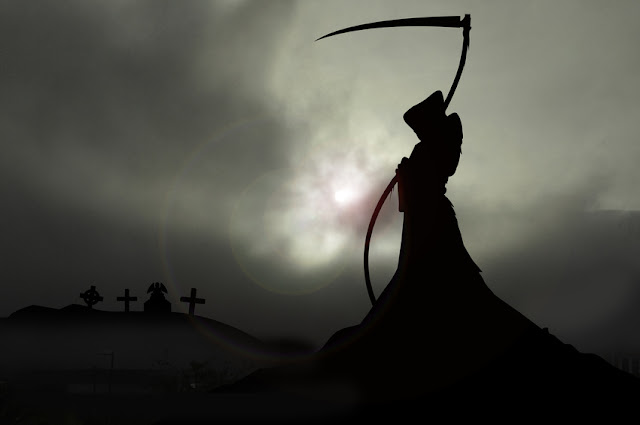 The edition of The Book Thief I read is the 10th Year Anniversary, so there is an interview with Markus Zusak at the end of the story. He informs the reader of his love for Rudy. I absolutely share this love for Rudy. Rudy is a spontaneous, boisterous and loud personality. I love the way he knows what he wants and goes to get it. How he makes his love for Liesel clear from almost their first meeting. He constantly asks for a kiss from her, which she denies him until it is too late. Liesel then tries to share and show her love for Rudy which she has not made known to him. Rudy wants to be a famous runner like his hero Jesse Owens. He even goes to the extent of using coal on his face to blacken his skin. He has the naive approach of not understanding why he can't pretend to have a black face in Nazi Germany. 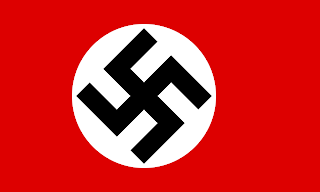 All of the residence on Himmel Strasse are clear evidence that a large proportion of Germans were not approving, happy or consenting to the appalling genocide which was taking place at the hands of the Nazi's. There are a number of people who believe because the Nazis conducted all of these disgusting atrocities the whole of the German population was consenting. The people of Himmel Strasse were disguised by the Nazis and did not want any part of their proceedings. Yes they joined the Nazi party, yes they went to the Hitler Youth meetings but this was due to their fear of what could happen to them. They also hid Max, an innocent Jew, in their basements, they would try and feed starving Jews during their parades through their town. They wanted what was best for all of mankind and the demise of Hitler would ensure this.

I got really upset at the ending of this story, which is something which has not happened for a very long time whilst I have been reading. I genuinely felt for the characters and I wanted what was best for them. For this I thank Markus Zusak. Thank you for creating something I will read time and time again. This has been one of the best books I have read for a number of years and I will definitely recommend it to everyone. Thank you

The next book which I will be reading will be Bridget Jones's Diary. Again, another book which I haven't read. I have read the 2nd book - The Edge of Reason, but not the original. I will admit this book is on my kindle and I do not own a physical copy, but a book is still a book!

I hope you enjoy The Book Thief by Markus Zusak as much as I did...Steph xx
at 15:38