The Woman in White...do not trust anyone!

"The instant my eyes rested on her, I was struck by the rare beauty of her form, and by the unaffected grace of her attitude. Her figure was tall, yet not too tall; comely and well-developed, yet not fat; her head set on her shoulders with an easy, pliant firmness; her waist, perfection in the eyes of a man, for it occupied its natural place, it filled out its natural circle, it was visibly and delightfully undeformed by stays. She had not heard my entrance into the room; and I allowed myself the luxury of admiring her for a few moments, before I moved one of the chairs near me, as the least embarrassing means of attracting her attention. She turned towards me immediately as she began to advance from the far end of the room, set me in a flutter of expectation to see her face clearly. She left the window - and I said to myself, The lady is young. She approached nearer - and I said to myself (with a sense of surprise which words fail me to express), The lady is ugly!" 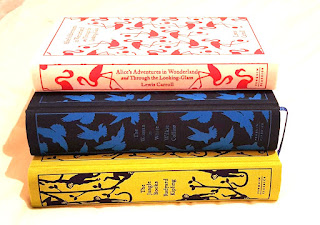 I have been reading this book since January! This is the longest time I have taken to read a book in a long time. I received this gorgeous book as a Christmas present from my partner along with Alice in Wonderland and Through the Looking Glass and The Jungle Book. I absolutely love the way the book looks. It is so pretty. There is a dark blue background with a range of light blue birds flying around the front and back of the book. I will be honest, it did take me until writing this review to realise why there are birds on the cover of the book.

Until I had received this book I had never heard of it. I chose to start with this book over other two I received because of this. My partner believed it to be a slightly scary book and I am not usually a fan of this kind of thing but I thought I would give it a try and I was hopeful for what was to come. I really enjoyed the story, there was a great amount of detail in the text which is one of the main reasons why it has taken such a long length of time to read this. As it was written in the 19th Century the language is a lot more in depth than I am used to. For a simple sentence explaining something, there could easily be over a page. 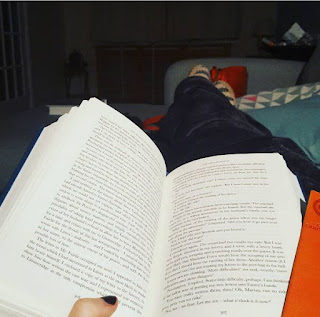 There are a number of key characters. All with different opinions, perspectives, thoughts and beliefs. I felt there was a lot of in depth character descriptions, there must be over 30 characters in the story and I felt like I knew each one well. I particularly liked Walter Hartwright and Lady Marian Halcombe, who, unfortunately, the quote above is about. They seemed to work very well together, however, I did sometimes question Walter's feelings towards Marian as they did become close when his true feelings were supposed to be for Laura. Although I sometimes thought this Walter stayed true and made my opinion void. Due to the feelings, I was able to develop for the characters I was able to realise I felt like Laura, Marian's cousin, was your stereotypical woman of the 19th Century, weak, naive, frail and of a delicate disposition. This really annoyed me throughout the story because this is not the way I have been brought up, I do not like the portrayal that women are unable to care for themselves and that they are reliant on men to survive. However, I am able to recognise this is a sign of the times the book was written in, women simply were portrayed in this inaccurate manner.

I was also able to establish that I did not like Count Fosco. Although technically an uncle of Marian and Laura due to being married to their aunt, he was a manipulative, conniving, controlling man. He is very suited for their aunt as she is not a pleasant person either. The Count is very loving of his blue birds, hence the birds on the front and back of the book. I did find it very interesting that Lady Fosco wanted to be more supportive of her husband than of her nieces. Although, this did make me think about the 19th Century. Was it unacceptable to question your husband? Was it a case of if your husband told you to do something, you did it? 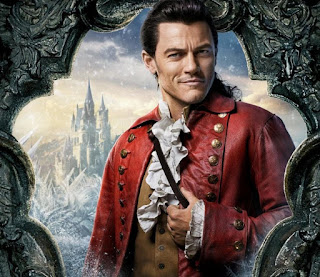 There was also the character which I did not trust, Sir Percival Glyde. A man who I originally thought was someone that Laura could rely on and they would work well together as a couple. No, absolutely not! What an awful, horrible man, who absolutely got his comeuppance. Between Sir Percival and Fosco they plotted and schemed between them against everyone else, but perhaps not everything is as they would like. The image I had in my head of Sir Percival was an image of Gaston from Beauty and the Beast, more so the human adaptation than the cartoon.

If we are talking about a character I do not like, then we need to talk about a character that I just do not understand! Anne Catherick. What an unusual and peculiar person she is. The lovely Walter encounters Anne very early in the book. This is the first time which we see her, but not the last. She seems to just appear throughout the story whenever she feels like it. She is a confused and odd young lady. I am not sure whether this is just her "quirky" nature, or if she does have an illness which has lead to her being this way. However, I did feel sorry for her when she encounters other characters, I feel she was the target and once again it may be due to the times of 19th Century literature. She was also very much perceived as a feeble woman. 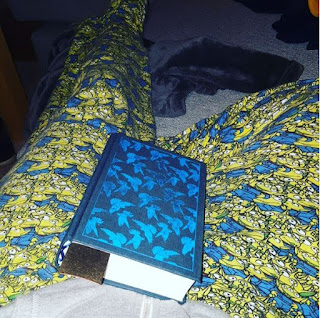 Having read this book it leads me to ask what other literature Wilkie Collins wrote? I had never heard of the author prior to owning the book and I was unsure whether they were a man or a woman based purely on the name. I have since worked out that Wilkie Collins is a man, but how was I to know without a quick Google? Although I had not heard of any of the other pieces of work which he has written, I was surprised to find out that Collins co-wrote three pieces of work with Charles Dickens.

There are a number of turns, changes and wild cards in the book to try and throw you off the scent. It took me a long time to realise what was happening and why Sir Percival and Fosco are the way they are, but thankfully through Walter and Marian's perseverance answers were given.

Overall I did enjoy The Woman in White, but it was long winded and I did feel like it took me a long time to actually get into the story, purely based on how much description was in each section. I feel this would be a good book to look at for secondary school education. I think there are a number of
key parts which could be analysed and evaluated, and there is a number of questions raised about mental health. Although the length of the book may put 15 and 16-year-olds off from finishing it. I know I have still not finished Pride and Prejudice which I "read" for my AS exam in 2008. If I knew someone who enjoyed 19th Century literature and was wanting something which they could lose themselves in and become involved with the characters, I would definitely recommend this to them, but I would make sure they had the time to spend reading this book.
Rating: 7/10
10-word-review: A good read, a beautiful book, very long winded though.

I was exploring Goodreads when I came across a thread asking for people to review books written by people sharing on Goodreads and I got talking to Ray Poole. He asked if I would want to review his book and I was thrilled to. I did make him aware that due to The Woman in White it would take me a little while to read it, but I have now completed The Woman in White and I am due to start reading his book, Lessons from a CF Cornerman: 38 Lessons I Learned During my Wife's Illness and Lung Transplant. I have already had a look at what other reviews posted have said and I have really high hopes for this book. I am going on holiday for a week and will be taking Lessons from a CF Cornerman with me on my Kindle as Ray has kindly sent me a copy.

Once again, thank you for reading and I would love to hear what you are reading at the moment. Please do get in touch. Steph xx
at 19:17