Secrets of the Tides...All families have a secret

"Every family has its secrets. Some are small, like telling a white lie or snooping through a private drawer. Others are more serious, like infidelity and betrayal. And some secrets are so terrible they must be hidden away in a deep, dark place, for if they ever came to light, they would surely tear a family apart...
The Tides are a family full of secrets. Returning to Clifftops, the rambling family house high on the Dorset coastline, youngest daughter Dora hopes for a fresh start, for herself and the new life she carries. But can long-held secrets ever really be forgiven? And then if you can forgive, can you ever really learn to love again?"

I saw that Emilia Fox was the narrator and really enjoy listening to her so I was interested in listening to this book. I found this audiobook in the local library and took it out straight away. I found the story a little slow to start with as Dora was very reserved about talking about whatever the dark family secret she holds to herself. I wanted Dora to talk to Dan, her Scottish boyfriend, about what was such a horrible past for her. The Tide's live in a large house in Dorset set on the coast. The house is described as a beautiful, former farmhouse which Dora's father inherited from his parents. Helen, Dora's mother, resented having being brought there and "being forced to live there". Helen, Dora and Cassie, Dora's sister, have left their life in London to be uprooted and taken to the Dorset coast to start their lives again there. Helen feels she has been done some injustice and the world owes her more. She feels she has lost her following in life and she wants something to do, what can Helen do to find a purpose in her life again. Violet, Helen's dear friend, suggests Helen gains a hobby, a new job or perhaps have a child. Will Helen act on her friend's advice or find an interest of her own?

The main characters are Dora, Dan and Helen. The book moves from current day to years ago in a build-up to the dreadful secret the family hides and refuses to talk about. I enjoyed this aspect as I felt I was gaining more information about the family and events leading up to that dreadful day. I feel had the book all been set in the present day then I would not have gained the information and detail I wanted as easily. Dora has moved back to London as a grown up and

Dan keeps trying to encourage Dora to talk to him and to work through her problems. She has no contact with anyone in her family and does not seem to want to regain any relationship with them. I felt the book spoke a lot about Dora, Cassie and Helen, but did not hardly mention Richard, Dora's dad. Richell failed to talk about Richard when in the modern day and I felt like something had happened to him to no longer being in the book but it appeared he was just overlooked until perhaps 60% of the way through the story. I did not like Helen as a character, I believe she was ignorant and self-centred when Dora and Cassie were growing up. She did not want to consider what was best for them or their opinion on matters, she believed she knew what was best for her family and as long as she could achieve what she wanted she would sacrifice others to get it. Even if this meant her own relatives.

The secret the family hold is a dark secret which Dora blames herself fully for. Something happened to the family and no one ever spoke about their thoughts or feelings about it. The secrets and fears
continue to build and develop for all characters. The only person who seems content and happy is Dan. Dora and Dan have found out they are expecting a baby, this leads to Dora facing her past head on to determine what kind of mother she will become herself. 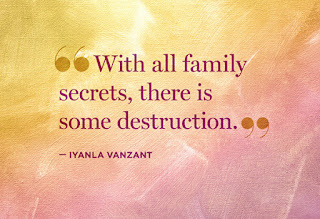 I felt the story was engaging and interesting for the second half, the book was rather slow and long-winded to start. It was 15 hours 10 minutes long which is long compared to the audiobooks I have previously read which is why I felt the story took too long to become engaging. I did, however, enjoy the detail Richell goes to about the secret the Tides hold. She kept it well hidden until it was ready to be revealed, I was trying to work out the secret and was able to decipher some of it myself.

I feel I would read another book which Richell has written if I were to come across one. I am enjoying how often I get to listen to audiobooks whilst in the car, I listen to them mostly when travelling to and from work, although this is a relatively short journey the time soon passes. 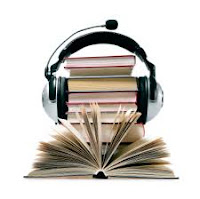 Overall, I would recommend this book as an audiobook to someone who I knew had the time or if they were travelling for a longer period of time. I would say I enjoyed it overall but it has not been
one of my favourites I have read this year so far. The characters were engaging, thought through, in-depth and detailed. The story was specific and easy to follow. I particularly enjoyed the jumping from now, back to that awful day.

Rating: 7/10
10-Word-Review: Interesting and engaging but more for a long distance read

I have since moved on to only reading The Boy in the Striped Pyjamas. I have said before how this is a book which I have previously read and enjoyed. I am reading this due to work and my

class analysing the story this term. I still enjoy it and now I am reading it from an analytical point of view rather than just for pleasure I am able to understand and read more into the horrors and naivety of Bruno. If you have not read the book by John Boyne before then please do. I do not have a great deal of the book left to read so hope to review shortly. Thank you again for reading my blog, I hope you enjoy my reviews...Steph xx
at 18:46