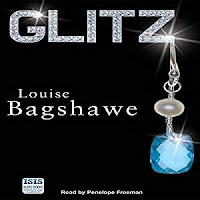 I am so glad I did, I have really enjoyed this book. I wanted something which was easy to listen too which would pass the time of the daily commute. I generally listen to the radio on a morning on my way to work and then listen to an audiobook on an afternoon on my way home. I found myself wanting to get back in the car wanting to listen to Louise Bagshawe's story more.

Clement Chambers is the ancient billionaire uncle of Diana, Juno, Athena and Venus, all aptly named after Goddesses. Four cousins, two pairs of sisters, who have been blessed when their rich uncle who decided to give each girl £500,000 a year from being a teenager. Venus and Diana are orphaned as children after their parents die in a drink driving accident and are sent to boarding school where Juno and Athena attend after Uncle Clem kindly pays for all of their educations. There are conditions or Uncle Clement's money, these conditions are the girls have to come to the Caribean alone to spend Christmas with him. The girls, now in their late twenties and early thirties,  were more than happy to accept his money and to spend the Christmas with him.

The girls lived a lavish lifestyle, attending the best parties, socialising with royalty, aristocrats, Lords and Ladies amongst other people of high society. The Chambers girls are notorious, everyone knows their name, they just have to say their surname and restaurant reservations appear, hotels, holidays all become available to them. The girls love it. Venus believes she has a career as she is an actress, not a very good one, but she has had very small parts. Juno is more than happy to live off Uncle Clem's money. She is married to Jack who wants her to stand on her own two feet, but Juno wants Jack to earn more to keep her the way she is accustomed too whilst she can throw the most lavish parties. Diana is the famous "It girl", people are demanding her to attend premieres, parties, openings all to have her name associated with them. Finally, Athena is an Oxford lecturer who is applying for tenure. Athena is seen as the frumpy boring Chamber's girl who wants a career herself. Each girl is appropriately named reflecting their lifestyle, Venus is unlucky in love and can be seen as promiscuous. Juno is the only one who is married. Diana likes to do her own thing and be independent. Finally, Athena is using her wisdom and creating a name for herself academically. 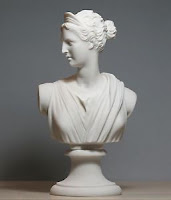 The girls are self-centred, they dislike each other and they tolerate their ancient Uncle. They only see him once a year when they are summoned to see him. The girls don't speak to each other during the year unless it is to discuss their Uncle. Until each girl receives a telegram, asking them to come back to the Carribean as Uncle Clem needs to speak to them and it has to be in person. The girls don't know why they have been asked to attend, considering it has only been two weeks since Christmas. They arrive on the island and are ushered to Clem's house to be greeted by Clement and Bai-Ling, Uncle Clem's new Thai fiancee. The girls do not like her. They see Bai-Ling as a threat and want to know what her ulterior motives are and why a very young lady would want to marry a man in his 80s. Money. Bai-Ling has to go, and so starts a series of ideas and actions to try and get rid of Clement's fiancee in any way possible.

Bai-Ling and the Chamber's girls start a slagging match between themselves, they are polite and considerate to each other but they are planning and plotting against each other in the background whilst trying to keep the worries and stresses of their own lives under control at the same time. Who will win, Bai-Ling or the Chambers girls? Or will Uncle Clem see sense? Only time will tell. 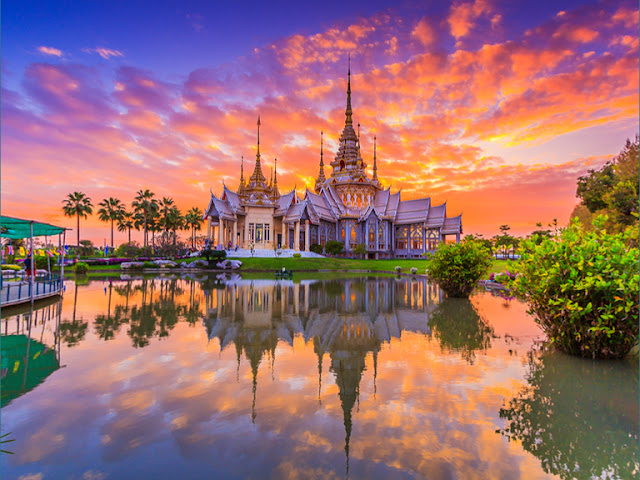 The characters are well written, they drew me in and I liked Athena and Diana the best. Each character had a personality, feelings and emotions that I could relate too. They all instilled an emotion in me. I was able to feel something for them all. I thought I knew the characters well, I thought I knew where the story was going, I was so wrong! There were twists and turns and characters revealed their true colours which I did not expect. In my personal opinion, I thought Uncle Clem started to show autistic traits. He definitely has control issues and has to have things in a certain way that he depicts. He also struggles to show his emotions and to show empathy for others. He was definitely a character who changed my opinion throughout.

Overall I would definitely recommend this book, I really enjoyed it and I am now very interested in reading something else by Louise Bagshawe. I am considering going to a different local library to check out their audiobook collection. Who knows what I will come home with. 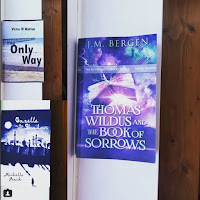 I have almost finished Frank Skinner's autobiography and I will be publishing my review shortly. I have also kindly been sent some books from Book Publicity Services. Gazelle in the Shadows by Michelle Peach and a pre-release of Thomas Wildus and the Book of Sorrows by J. M. Bergen. I am really excited to receive these and I was given a recommendation of a local author, The Only Way by Victor W. Watton. All of these reviews will be published in due course, keep an eye out for them...Steph xx
at 23:42