“I stare down at my shoes, watching as a fine layer of ash settles on the worn leather. This is where the bed I shared with my sister, Prim, stood. Over there was the kitchen table. The bricks of the chimney, which collapsed in a charred heap, provide a point of reference for the rest of the house. How else could I orient myself in this sea of grey?” 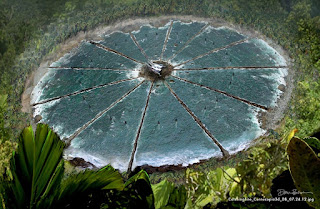 It was a while since I had read the previous Hunger Games book by Suzanne Collins and I had not been impressed. I found it boring and very much a go-between for the next book. I thought Collins had written it purely to get herself to the end of the books. I was hoping to not be disappointed by the third and final book in the series. The story starts with Katniss after she has finished and escaped the arena of the second book. She is in what remains of her home town, District 12. The capital is after her and they are not happy that she survived and lived to tell the tale of their corruption. The Capital are causing destruction and violence wherever they can. 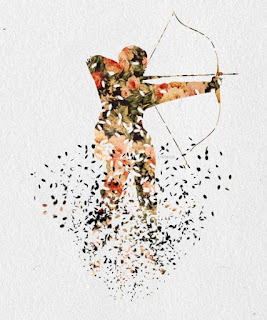 Katniss is a character who I find very aggressive and confrontational. I appreciate she has a number of things she disagrees with but everything seems to be about her own gain. She is told to stay safe and she doesn’t, she is told to not cause trouble, so she causes trouble, she is told to abide by the rules, she doesn’t. It is almost like she wants to be caught and to take on The Capital on her own. I found this irritating as she is only supposed to be approximately 17, not many 17-year-olds would be willing to take on the government, however not many 17-year-olds have experienced the things she has by such a young age.

The Capital are a force to be reckoned with. They are not going to disappear quietly now that they have control and power over the nation. They will use any tactic to stop “rebels” from standing up against them. They are not concerned about killing, maiming and torturing those who oppose them as a number of the key characters in the books find out. I can only say that The Capital is not welcoming, encouraging or accepting of anyone who is different or questioning of their ways. 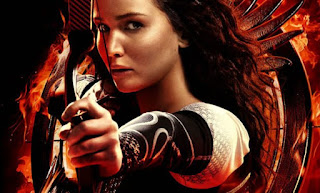 Katniss is fighting against her entire way of life. She has never known any different but has been hearing a number of different rumours and comments that things are not as they seem in The Capital. That there is a rebellion starting and there is going to be a change. Katniss wants to be part of this and wants to help the people around her who mean the most to her, her mum, her sister Prim, her best friends Peeta and Gale. However, the debate is still going on whether Katniss wants to be with Gale or Peeta. I personally always hoped it was Gale as I did not like the character of Peeta as much. 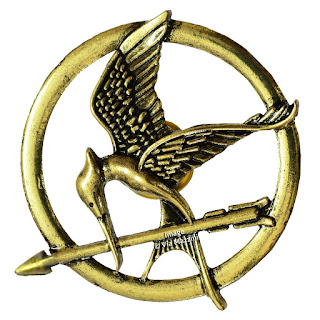 The third and final book in the series is a faster pace than the second one, but I can still confidently say the first book is the best. Although I did feel like the books came to a conclusion which I was glad they did in comparison to a number of other books and series I read which just end or feel rushed. I did, however, feel like the whole story had been for nothing. Yes they achieve something, yes The Capital are uncovered and things change in that but there is an underlying message that the whole reason Katniss went into the arena anyway didn't need to happen as the inevitable happened anyway. You will need to read the book to understand fully what I mean. 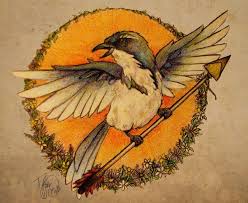 Rating: 6/10
Series Rating: 8/10 (This is the first time I have completed a series rating on a book collection.)
10-Word-Review: A bit rushed almost like Collins wanted the series finished.

I have so many book reviews coming up and waiting to be written. I can only apologise profusely for how long it has taken me to publish a new review. I will try my utmost to keep publishing reviews and I will be writing a lot more frequently as I am going to ensure I keep my reviews frequent and up to date. Thank you again to all those who follow, you have no idea how much it is appreciated...Steph xx
at 19:17