"Ana's reproachful eyes are on me, and for a moment I don't know if it's because of Elliot and Kate's lascivious display or -
Hell! This is what she wants. To be courted and wooed.
I don't do romance, sweetheart.
A lock of her hair has broken free, and without thinking, I tuck it behind her ear. She leans her face into my fingers, the tender gesture surprising me. My thumb strays to her soft bottom lip, which I'd like to kiss again. But I can't. Not until I have her consent.
'Laters, baby,' I whisper, and her face softens with a smile. 'I'll pick you up at eight.' Reluctantly, I turn away and open the front door, Elliot behind me."


I have read the original Fifty Shades of Grey by E. L. James and although everyone who I know was not impressed with them, I really enjoyed them. A lot of my friends just believed it was full of sex and no story. Yes, there is a lot of sex in the books, sometimes a little too much, but I thoroughly enjoyed the background story to the first three books.


I was aware that Grey is the same story as the first book but from Christian Grey's perspective. I was curious as to how E. L. James would perceive this. How would she show Christian in the book? What thoughts would he have which would explain more about his background, more about his life?

To start with, Grey is very intense. Christian is a dark character who we do not know much about. He does not offer a lot of information to others, especially not the females he has relationships with. The only people who know anything remotely close about him are his immediate family. The family who saved him from the devastating life he could have had had drastic action not been taken. When Christian meets Anastasia Steele due to her offering a favour to a sick friend, Christian's world is completely overhauled. The whirlwind romance the two have completely changed both Christian's and Ana's perspective on what they want in life and what their own definitions of "more" is. Does Ana really want to be in a relationship, agreement, contract with a controlling, "unlovable monster", or is Christian not good enough for her? Or does Christian actually want to develop his relationship with Ana and realise that he can be loved by someone who is not compelled to by being a family member?

They develop their relationship, sharing more and more about their personal lives, Christian reveals more information than he has since he started seeing Flynn, his psychologist. Ana has her innocent eyes open to a complete range of sensations, thoughts and experiences she never thought was possible when going into a "vanilla" relationship. Christian doesn't want vanilla, he wants a chocolate ice cream with sprinkles kind of agreement. But can Ana provide this?

To start with I felt Christian was very controlling and not a very nice man. As the story progresses and Ana gets to know Christian his personality changes. He softens, he becomes more relaxed and not so strict and regimented. He starts to develop his belief that maybe he could have a regular relationship with Ana. No one else has ever allowed him to feel like this.

As the story progresses and Christian opens up more I started to like his character. He genuinely cares for Ana, even if he has not realised that care is love. Ana realises her feelings quite quickly, but Christian is convinced he is unlovable and cannot love anyone. Then the mystery of Leila appears. A former submissive of Christian's who has decided to harm herself in his home in front of his housekeeper. Who is this strange young lady? Why has she suddenly decided to harm herself in Christian's house with no prior warning? Will we ever find out the answers? If only I hadn't read the previous books! Watch this space and all shall be revealed.

I did find that I was reading the book in a variety of different places. Even the gym did not go without a copy of Grey, it also allowed the time to pass quickly when watching compulsory football in my house. 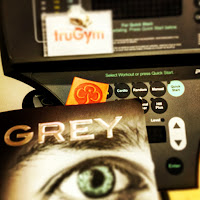 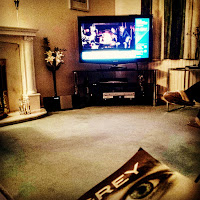 Once the story developed and Christian allowed Ana into his life, into his hobbies and activities I really started to enjoy the story, once again. Yes there is a lot of sex in the story, yes you do sometimes skim read them parts, we are talking three or four times a day! I once again, really enjoyed the story. Christian is a protective, dominant male, who just wants to be loved and cared for but doesn't know how to accept that. Ana is an innocent, timid, inexperienced young lady who wants flowers and chocolates, to be wined and dined. Ana is an English student at university and has a classic novel image of how women should be wooed. Picture Mr Darcy in Pride and Prejudice.

Although I enjoyed the story, I do still feel it has a lot of similar qualities to Twilight. I know Christian is not a vampire! It is how Ana has to "stay away" from Christian, similar to Bella and Edward, Christian has a dark secret which no one but his family knows about, similar to Edward, Ana refuses to stay away and wants more, similar to Bella. If you continue to read the other Fifty Shades books you will become aware of even more similarities as the story develops. That said, would I buy the next books should E. L. James decide to create more about Christian? Yes, more than likely.

James, has used the original book and kept the story very accurate and created and developed Christian into an, almost, loveable character. Ana certainly loves him and 1000's of woman around the world have reawakened their experiences based on three simple books. Well done E. L. James, well done. 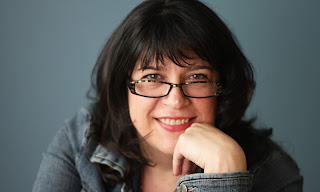 As I mentioned in an earlier post about the TBR Jar I will be reading a book which I have been sent from an author before reading books from my personal bookshelf. So the next book will be Dark Sun, Bright Moon by Oliver Sparrow. A story about humanity living in the Andes a thousand years ago. The community is being ravaged by a contagious parasite which Q'ilyasisa must destroy and get rid of it. This story explores empires, deserts and jungles. What she finds and what happens will change the Andes for the next four hundred years.

I very much enjoyed writing this blog and reading the books. I look forward to the next instalment from E. L. James because lets me honest, I will buy it! Let me know what you thought of the book and what you are currently reading...Steph xx
at 16:28