All the Light We Cannot See...WWII from a different perspective

"If there are fireflies this summer, they do not come down the rue Vauborel. Now it seems there are only shadows and silence. Silence is the fruit of the occupation; it hangs in branches, seeps from gutters. Madame Guiboux, the mother of the shoemaker, has left town. As has old Madame Blanchard. So many windows are dark. It's as if the city has become a library of books in an unknown language, the houses great shelves of illegible volumes, the lamps all extinguished. But there is a machine in the attic at work again. A spark in the night.

I am really glad I read this book as it was part of the Poppy Loves Book Club. They were reading it for the January month. I was following all of the posts online about the club and where everyone else 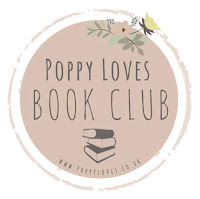 was up to with their reading. I even joined in with the online discussion about the book whilst I was at the pub for my brothers birthday. I had been wanting to read this book for a long time and as it was the first book they reviewed which I already owned I thought I would join in. I had one idea in my head of what the book was about. I don't know where I heard the review of this book but when I actually came to read it it was not about what I had thought at all.

We are introduced to three key characters, Marie-Laure Le Blanc, Werner and Jutta Pfennig. A kind-hearted French girl who lives with her father in Paris. Her father works for the Museum of Natural History, where they are allegedly in possession of a sacred diamond. Legend has it that whoever owns the diamond has a lifetime of disaster. Unfortunately, Marie-Laure loses her eyesight at the age of 6, aa sign of the diamond?. She is now young, blind and living in Paris, a city which she thought she knew like the back of her hand until someone turned out the lights. Now her father, who is a keen whittler, creates Marie-Laure her own miniature Paris so she can relearn her way around the city and know where she is going with confidence. 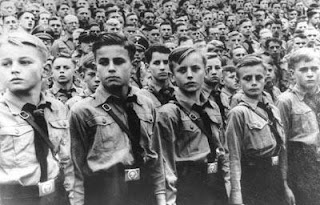 At the same time Werner and Jutta Pfennig, brother and sister orphans, who live on a quarry waiting to become old enough to work said quarry, are starting to grow up in an up and coming Nazi Germany. Both children are clever, intelligent and considerate. They work hard and Werner starts to teach himself complex equations and how to build things. Whilst Jutta is listening to the programmes on the radio and learning about the world It is Werner's building abilities that draw the attention of the Nazi Youth. Jutta continues to work hard and to question her brother's intentions. Jutta questions Werner's thoughts and why he is getting involved. Will Werner see the horrors which await him if he continues down this path?

I was nervous and anxious for the three characters all the way through the book. The journey which Marie-Laure and her father have to undertake once Paris becomes occupied had me scared throughout the book. I never felt at ease for her or her family at any point in the story. The anguish which they have over the possibilities of a diamond. Werner's journey made me just as scared because he was going down an opposite path, a path which he wanted to question but didn't dare. How can you stand up for something which you think might be wrong but don't want to put yourself in jeopardy at the same time?

As the Nazi invasion continues and develops, the characters find themselves and start to grow up and mature. They start to understand what they believe in, what their own thoughts are and what is right and wrong, regardless of the upbringing you have come from. The story develops over a number of years, pre-war, during the war and post-war. We follow all characters to find out what becomes of them. This is only the second book which I have read about WWII which comes from the opinion of a German. This and The Book Thief have both opened my eyes more to what horrors the German people were subjected too. Usually, we only see what outsiders were subjected too in bombings, Prisoner of War Camps and Concentration Camps. The Germans are portrayed as the bad people and the evil ones. I feel I will read more books like this to make me more informed.

I definitely enjoyed the book and thoroughly enjoyed finding out more about the war from a different perspective to the usual British. I would definitely recommend this to someone else to read and would definitely recommend it to show a different perspective to the "stereotypical German" we think we know from WWII.
Rating 7/10
10-Word-Review: Informative, interesting and gripping for the characters, what will happen?

I have been continuing to read Cogheart by Peter Bunzl which is one of the books from the Stockton Book of the Year competition. There are a number of other books also up for winning. I can only apologise for the delay in writing this review and I hope to write another book review shortly upon completion of Cogheart as well as other posts and blogs about a variety of different things...Steph xx