Hooked on the Game...Easy read but not worth reading again

"In my opinion, no saint goes without sinning, and no sinner goes without having some saintly qualities. You can judge one for their mistakes, or you can love them for the flaws they try to correct. I choose to love my father. That might make me stupid, but I'd prefer to be called stupid instead of cold. You only live once.
'I had a house once, with my father. It was nice. We were happy. But we lost it later on.'
'Did he leave you and your mom?'
I wish I could just tell him.
'Yes and no. He left because he had to; not because he wanted to. It's a long story I don't want to delve into tonight."

The Sterling Shore Series was recommended to me by a friend. I had asked for an easy read which would keep me interested. She told me they were entertaining and they would keep my attention. I have only read the first book in the series and it did not keep my interest. I felt the author was not very creative and did not have a sense of where she wanted this book to go. I have looked into the order of the books and it would appear this is not the first book Owens has written, however it comes across that way at times. She writes rushed and like she wants to get through the book quickly. There is not a great lot of detail about what is happening in the story and whenever there is an erotic section of the book Owen rushes it and tries to place as many emotions into each experience.

The story itself was not a bad story, although it did feel very familiar, it did feel like I had already read the story before, I am not sure whether it was Owen's intention but it did read a lot like Fifty
Shades of Grey. People ridiculed the Fifty Shades series and said it did not read well, that there were grammar mistakes, if you felt that way about Fifty Shades then this is not the series for you. The main character, Raya Capperton, has travelled to California to attend University, she wants to get away from her previous life, she wants to start again and to escape everyone from her hometown. California is as far away as she could get from what her Dad had done to her family. Raya is working towards elevating herself by working hard and not getting distracted during her studies. That is until she comes across Kade who lives next door, a handsome, rich young man. A man who she finds insufferable, a man who she wants absolutely nothing to do with, especially when his friends knock her house down with a bulldozer due to a drunken party. 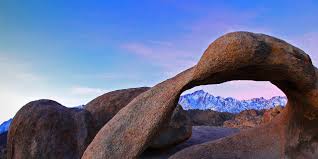 Raya is a well-developed character and about the only positive which comes from this book. She is hard working, persistent and knows her own mind. She is kind and considerate and wants to know where she stands in the world by making her way there. Her emotions get the better of her and she starts as an independent, strong young lady, however, Owens allows her to become a ditzy, love-obsessed little girl.  I did not enjoy this part of the character. Owens allowed Raya to demise and to ruin her character. 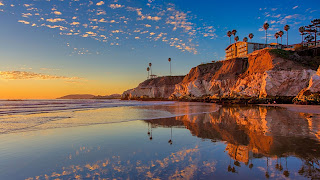 I will probably continue The Sterling Shore Series as I do own them now, however, I will not be holding out much hope for them. I felt the story lacked information, drive, and the author used a selection of other books she had read and brought them together. The most exciting part of the book was the last thirty pages and there is no romance in this section. The story finally gets remotely exciting and interesting and it is in the final pages of the story. I would definitely advise Owens to

start to think of more excitement earlier in the book and to actually think up her own story rather than using that of another book which she has changed the names and the setting. Rich, handsome, distant man falls in love with shy, naive, young lady, she starts to break down his barriers and he realises what he could have with her. Read it before! Please think of something else. In the future when I read the other books in the series I can only hope that they improve and are their own story.

Overall I wouldn't recommend this book. I think this is the first time I have said that on this blog. I can only hope the other stories will improve.
Rating: 3/10
10-Word-Review: Not worth the paper it is written on, sorry, Owens.

I have since moved onto The Girl on the Train, I am late to the party, I am aware of that. I have also not seen the film so have no real background of the story other than the basics. I look forward to
writing my review and sharing my opinion...Steph xx
at 22:20