Gazelle in the shadows...What a fantastic book

"Oh, I'm a student. I'm studying at Durham University. This year is the year all the students get sent to the Middle East to learn the language more fluently.'
'Are there more of you?' he smiled.
'No just me.' I giggled.
'So, you are travelling alone?' He raised his thick eyebrows."

This was my first inkling that Elizabeth was far too trusting of other people, especially people who she had not met before and who were nice to her. Anyone started to be kind to her and she was convinced these people were genuine and wanted to help her whilst in Syria. 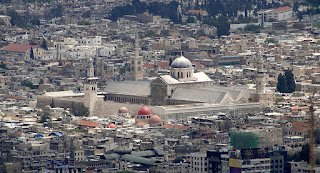 Elizabeth Booth is a student at Durham University who is studying Arabic and is to go on placement to an Arabic country for her 2nd year at university. She has previously worked in Yemen at the British Embassy and students usually go on placement to Egypt or Yemen but as Elizabeth had already been to both she wanted to visit Syria instead. After seeking approval from her professor Elizabeth makes her way to Syria. Alone. With nowhere to stay. When she doesn't know anyone. I am sorry as I know a number of people who have travelled alone and have been successful with their travels but they have travelled to safe and recommended countries. Not to Syria when the country has been in turmoil for a number of years. 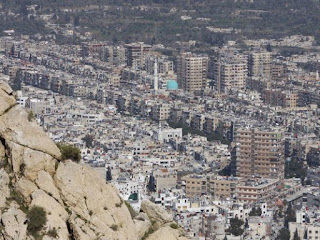 Elizabeth meets some new "friends" on the plane on her way to Syria. They tell her there no spaces available in hotels so they ask Elizabeth to come and stay with friends they know. She jumps at the opportunity and thanks them for their kindness. I just felt so uncomfortable for Elizabeth all the way through the book. The "friends" from the plane take Elizabeth to another house after difficulty with the first couple she lives with. She is taken to a house full of girls. Full of girls who have visits from people at late hours, this set the second alarm off in my head as to who these girls were. Elizabeth, however, yet again thought they were just kind and helpful! It was painful at times the situations Elizabeth put herself in whilst in a foreign land. The only time I felt comfortable with Elizabeth being in Syria was when she went to the British Embassy to register. During her time there I felt she was safe and she wasn't going to come to any harm. This calmness and safety did not last and Elizabeth found herself in a very dangerous position.

I really enjoyed the book, it was fast paced, it was informative and it was thrilling. There were times which were funny, scary and gripping. I read this book very very quickly and have recommended it to loads of my friends. I received it from Kelsey at Book Publicity Services and I love that she kindly sends me books to review.

The characters are well written and they made me feel for them. I liked Elizabeth and I liked how determined and strong she is. She knows her own mind and when she is spoken to negatively by men in the area she wants to stand up for herself, she wants to defend herself and so she should. 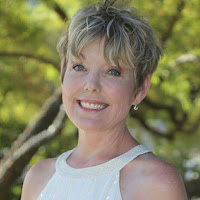 I feel Elizabeth grew and matured a lot during her time in Syria. She was able to understand the culture and she became more defensive and knew how to approach situations where people were not as trusting as they first appeared.

Overall, I would absolutely recommend this book, I would definitely advise others to read it. The way Michelle Peach describes Syria you can picture yourself being there. There were so many different emotions I felt whilst reading this book.
Rating: 8/10
10-Word-Review: A fantastic read, had me laughing and scared throughout it.