I Let You Go...What a great recommendation

*WARNING* SPOILERS
"The car comes from nowhere. The squeal of wet brakes, the thud of a five-year-old boy hitting the windscreen and the spin of his body before it slams on to the road. Running after him, in front of the still-moving car. Slipping and falling heavily on to outstretched hands, the impact taking her breath away.
It's over in a heartbeat.
She crouches beside him, searching frantically for a pulse. Water her breath form a solitary white cloud in the air. Sees the dark shadow form beneath his head and hears her own wail as though it comes from someone else. She looks up at the blurred windscreen, its wipers sending arcs of water into the darkening night, and she screams at the unseen driver to help her."

I was recommended this book by a friend. She had already read this story and loved it. I am so glad she recommended it to me! It was great! From the Prologue which tells us how poor, innocent five-year-old Jacob tragically lost his life, to both part 1 and part 2 which has a twist I did not expect to happen.

I was lead to believe in part 1, that Jenna was Jacob's heartbroken mother, who could not live with what had happened to her baby. Jenna moves from the busy hustle and bustle of city life as an artist in Bristol to live in a remote area of Wales. She becomes friends with Bethan who owns and runs the local caravan park over the summer. Although Bethan continues to try to develop their friendship Jenna cannot bring herself to become close to anyone again due to what happened in Bristol.

Jenna starts to make a life for herself in the remote and picturesque Welsh countryside. Upon a visit to a local village, she stumbles across a moving bin bag containing two puppies, unfortunately, one has died. Following this, she meets the lovely local vet Patrick.

Jenna continues to develop her life in Wales with Patrick and Bethan, keeping herself to herself and learning to come to terms with what has happened back in Bristol. Jenna goes back to her art skills. She had previously owned her own company creating ceramics and pots in her own home. Following the devastation of what happened she has had to leave all of this behind and she creates her own photography creations. Jenna ensures never to use her name on the site as she does not want people to know what happened to her in Bristol. 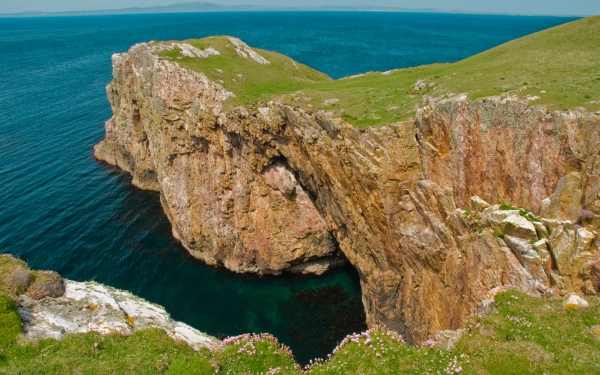 Detective Inspector Ray Stevens is working with fellow police officer Kate to find the person who tragically killed poor Jacob. They find out that his mother has vanished and hasn't left any forwarding information of where she is. Ray and Kate become increasingly closer and closer. Something which I found incredibly uncomfy. Ray has been married for a number of years and has always thought he was happy. The longer he works with Kate the more his feelings develop for her.

This is what we all thought was happening in part 1. This all changed in part 2 when all the answers were revealed. We are introduced to Ian who we find out is Jenna's estranged husband. It has been a very long time since I have felt more hatred for a character in a book. Ian is controlling, patronising, condescending and just downright mean! He is awful! Jenna is only young when she meets Ian and she feels everything she does should be to please Ian. Ian doesn't let her think, or do otherwise, he just doesn't let her think. This develops into a continued relationship between the two of them where they do finally get married. Jenna doesn't have any of her own friends, own money or her own home. Jenna and Ian get married and go to Italy for their honeymoon. Jenna has an innocent conversation with the receptionist, Ian sees this as Jenna flirting and a reason to shout at her, belittle her and ultimately hit her.

We find out that Jenna was not in fact poor Jacob's mother but she was the criminal who killed Jacob. She has been running away from the police to try and get away from what has happened. As much as she tries to run away from her past it soon catches up with her. Ian returns once he finds out Jenna has been arrested by the police. He is adamant that she has confessed to the police what actually happened. He continues to hurt, abuse and ultimately repeatedly rape her in order to assign his dominance and his assertiveness.

It takes to the court date where Jenna has confessed to Jacob's killing and is awaiting her sentencing for the truth to finally come out. Ray and Kate have been investigating something which they found in Jenna's purse whilst she was in custody. A woman's refuge centre. They visit the refuge centre and speak to someone who can shed a light on the situation between Jenna and Ian. Jenna sought refuge at this centre and was helped to get away from Ian. Upon Ray and Kate's arrival at court, they are granted a recess in court proceedings. This is where, finally, the confession of who really killed Jacob. It turns out following an art exhibition of Jenna's art Ian, once again, becomes jealous of who Jenna is talking too. She starts to drive them both home and he becomes aggressive and insists they swap seats, even though he is drunk. Ian continues to drive quicker and faster. Ian sees a little boy walking along the side of the path. He recognises this area. He realises that he has had a relationship with Jacob's mother whilst being married to Jenna. The little boy crossing the road is not only Jacob but he is Ian's son. He continues to drive faster and faster as he sees the little boy run out into the road. Jacob hits the bonnet and the windscreen, Jenna screams, Ian stops but doesn't stay. He quickly drives away and out of site. Only Jenna and Ian know what has happened and did it.

Upon Ian's arrival in Wales following the police now knowing who the real hit and run criminal is, he tries to attack Jenna again. She gets away from him and starts to run along the cliff tops away from Ian. They have a fight on the cliff tops and "unfortunately" Ian slips and falls off the cliffs and down the 200ft drop into the sea. Where his body is not found.

Overall I really enjoyed this book. It is one of the best books I have read in a long time and I would definitely recommend it to others. I recommended it to my mum to read and she read it within 2 days. She loved it also and also hated Ian. There is a follow-up book called I See You. I am looking forward to this book as there is something within me that feels Ian is not as dead as would first appear. But what will happen? 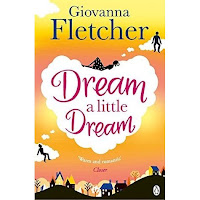 The next book I will be reading is Dream a Little Dream by Giovanna Fletcher. I have been following Giovanna on Facebook and Instagram for a while and friends have read this book
previously and enjoyed it. I hope the best for it. I have also been listening to my first audio book while in the car. The Cradle Snatcher by Tess Stimson is an easy book I have been listening too and look forward to finishing it and writing my first review about an audio book.

My summer holidays are now over and I will be returning to work shortly. I hope I will be able to continue to write and post as many reviews and ideas and posts as I recently have been. A lot has happened this summer, I have been to a number of different places, I have continued to develop and I hope only the future can bring even more for me and for Three Minutes and Forty Five Seconds. Thanks...Steph xx
at 16:18